Omawunmi said this in reaction to a message she received in her inbox. A fan identified as rosemary_iduwa had entered her inbox and stated that the singer would mourn for locking her comment section.

In reaction to this, Omawunmi shared a screenshot of the message on her Instagram page and stated that she doesn’t know what she did that warranted what the fan said.

She however insinuated that anyone who say rubbish to her in this 2022 should be prepared to bear the consequence. 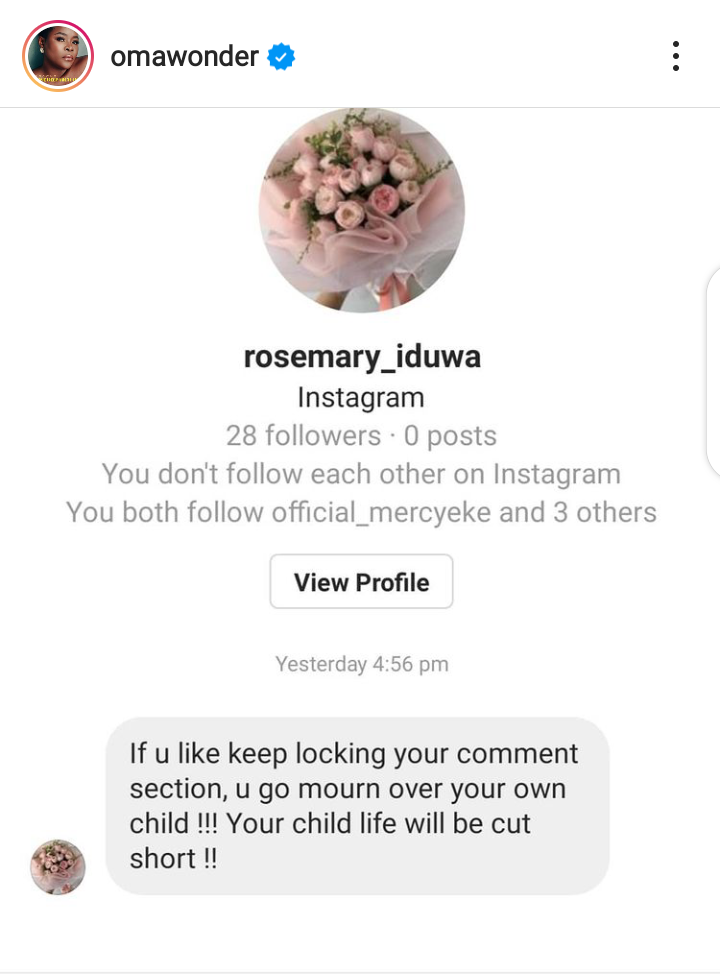 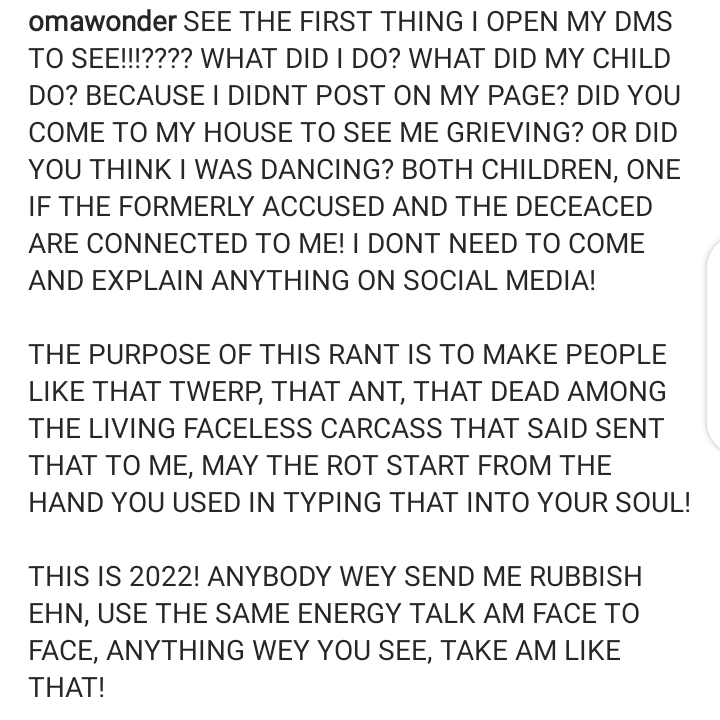