Sharing a video of himself rocking a Jean and hoodie, Boma warned that everyman should hide their wives, sisters, girlfriend and grandmas.

He wrote: Hide your wives, girlfriends, sisters and even your grandma’s. Everything that needs to be hidden.

The statement did not sit well with many netizens as they dragged him for being unrepentant and urged him to return to his shell. 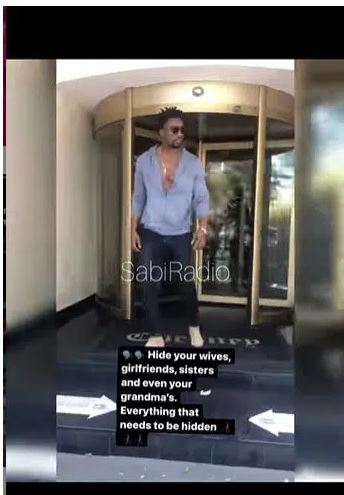 According to social media users, Boma was one of the few housemates of the reality show that made the trend when he got into the house, but his relationship with Tega has made him very unlikable.

This one just made himself very unlikable.. remember he was one of the few that trended when they first got in.

If shameless was a person. Unrepentant fellow

I Am Forever Grateful To Olamide, Fireboy DML Says

MUSIC LOVERS!! Which Nigerian Artiste Can Pull This Crowd In A Concert? (See Photo)