The BBNaija star and mother of one revealed this in a recent tweet which she shared for her fans who asked questions about her marriage.

Ka3na stated that she is now legally single, and has decided to announce it for her sanity and freedom.

She however noted that Mr Jones remains her better half and the father of her lovely daughter, Lila.

“Yes I’m legally Single! Not like anyone gives AF!😏 Making this public for my sanity and freedom only. Mr Jones remain my better half and father to our lovely daughter. If you still don’t gerit forget aborrit😎 #wemove”. 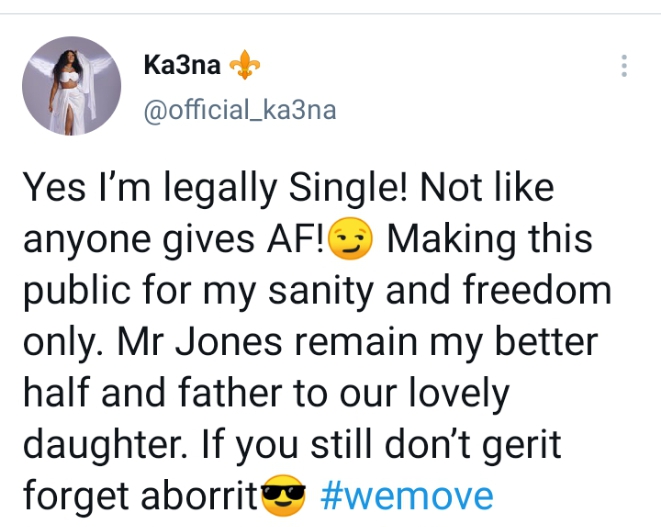 “I Have Zero Friends, Everyone Is My Friend But None Is My Best Friend” – BBN Star, Maria

She had plastic surgery without informing him, she was seeing another man” – Ned Nwoko Media Team Spills ‘truth’ About Divorce