The mother of one in her recent post, narrated how the management of the brand reached out to her and assured her of their decision to make her their ambassador, only for them to cancel the deal at the last minute.

According to Wathoni, the brand stated that they changed their minds to make her an ambassador because she’s not controversial.

Wathoni revealed she was supposed to sign the deal before the year ends but unfortunately the brand withdrew their deal.

“Was going to sign another endorsement before the year ends but they withdrew because I am not “controversial” Omoooo my colleagues do you all the way if it brings food on the table.” 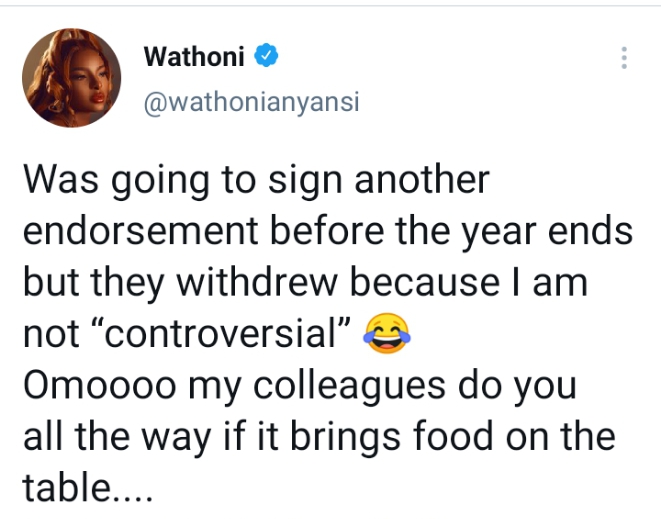