This came after Shaggi declared publicly he is a virgin and would have s*x only after marriage.

The Lady claimed Shaggi even requested for An*l s*x during the relationship and she gave it to him.

She said he stopped picking her calls after having enough of her and that he has even deleted the Instagram messages he sent her during the period of the relationship but she has proofs.

Also Important!!  “I Wanted To Drop Out Of Varsity After I Got Russian Visa” – Broda Shaggi

Shaggi has responded to this via his Instagram story.

See the screenshot of what he posted below: 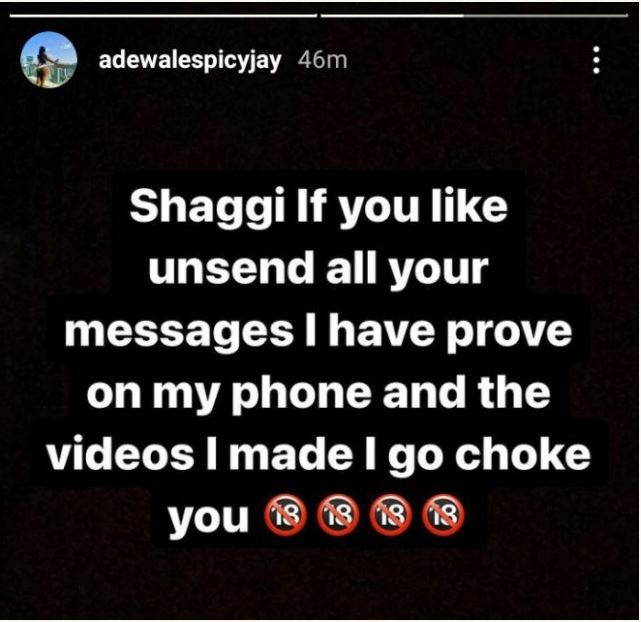 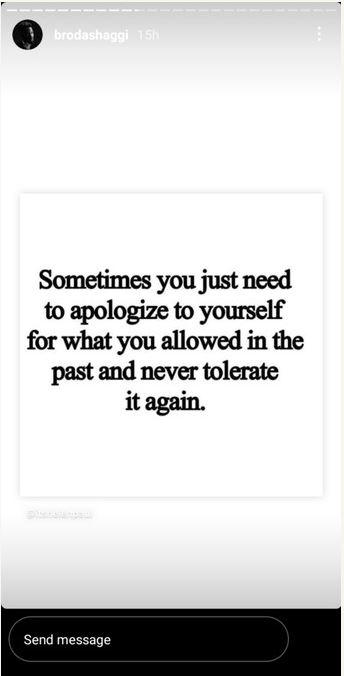 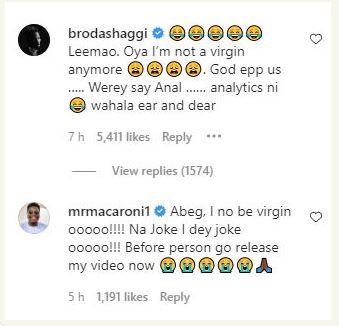 I Was Dealing With Deep Issues; Ex-BBNaija Housemate Omashola, Opens Up On Battling Depression

Is The Slap Not Enough, What Else Do You Want From Me – AY Comedian Asks Funke Akindele After This