In a series of Tweets, Buju made it crystal clear that he won’t tolerate the comparison between himself, Rema or any other artists.

He noted that he is not speaking out because of pride, but the fact that the comparison doesn’t make sense.

Buju recounted the time, Wizkid FC clowned Ckay for achieving more than Wizkid and forced Ckay to address the issue on Twitter.

Without sugarcoating words, he warned trolls never to associate his name with any comparison. According to him, he has stopped chasing hits and he is now making music the way he wants.

See his tweets below:- 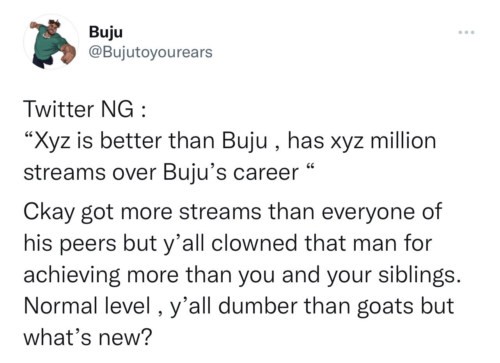 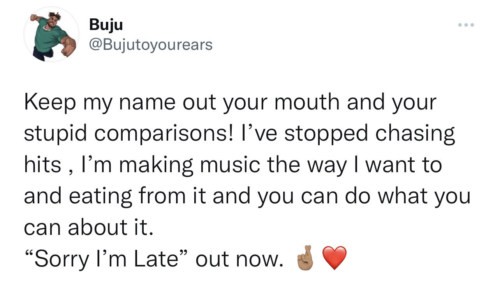 “Never Let Anyone Know Your Net Worth” – Rapper Speed Darlington