In a post on Instagram, the singer stated that only Government approved orphanages will benefit from the donation.

He further revealed that registration for possible beneficiaries already commenced on Monday November 29, 2021 and would come to an end on Thursday, December 2, 2021.

The singer promised that the N250 million will get to almost all the children in orphanages that truly need it, on the condition that the orphanages are accredited by the government.

However some fans were not satisfied with his decision to share the money to only government approved orphanages, and they took to the comment section to air their displeasure.

Recall, a total of N200 million was donated during Davido’s birthday and out of generosity, Davido added extra N50 million to round it off at N250 million.

He also announced his decision to donate all the funds to orphanages across the country through a five man committee.

Also Important!!  I’ve Been Helping Others For Long” – Davido Demands N1 Million Each From His Friends 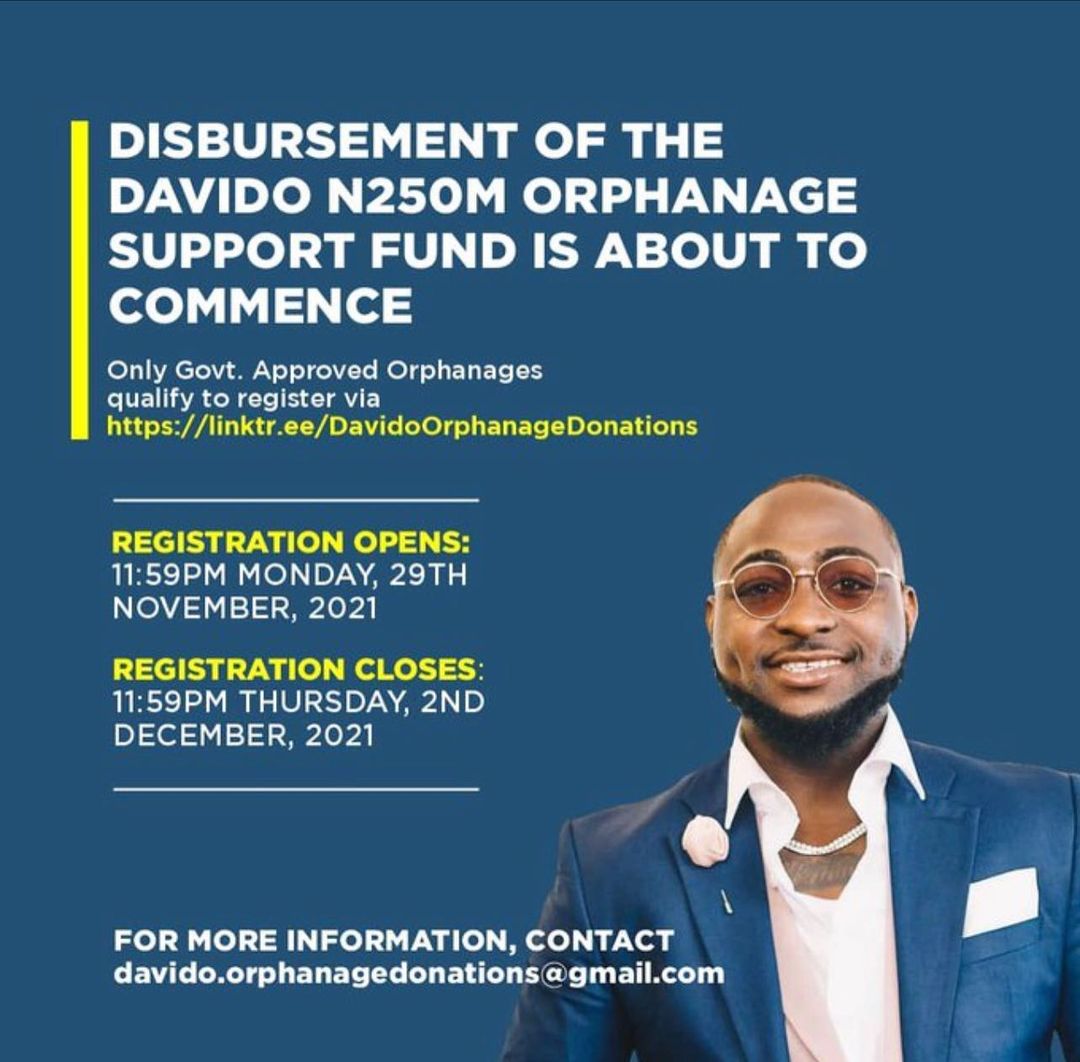 BBNAIJA: Yerin, Niyi And Beatrice Become First Set Of ‘Shine Ya Eye’ Housemate To Be Evicted