Illuminating the various hurdles of life he has faced, the reality star opened up on how he was declared winner of an ambassadorial deal with One Campaign; a deal that would have earned him $100,000, but the organization never fulfilled their promise.

According to him, they used his favourite artiste, D’banj to play him as the deal never saw the light of the day.

Also Important!!  Why I Don’t Identify As A Woman” – Temmie Ovwasa 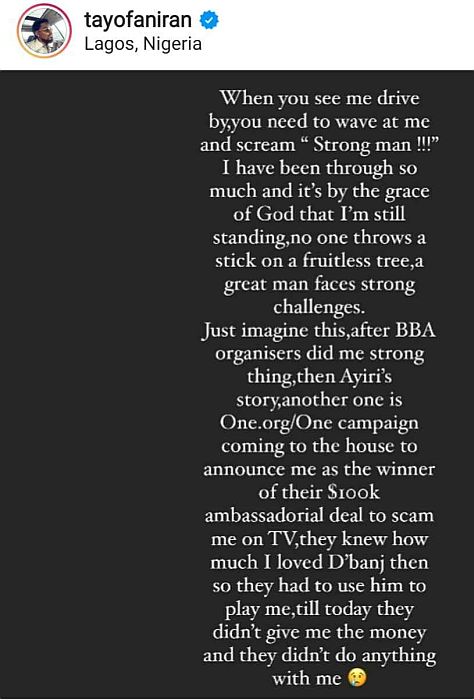 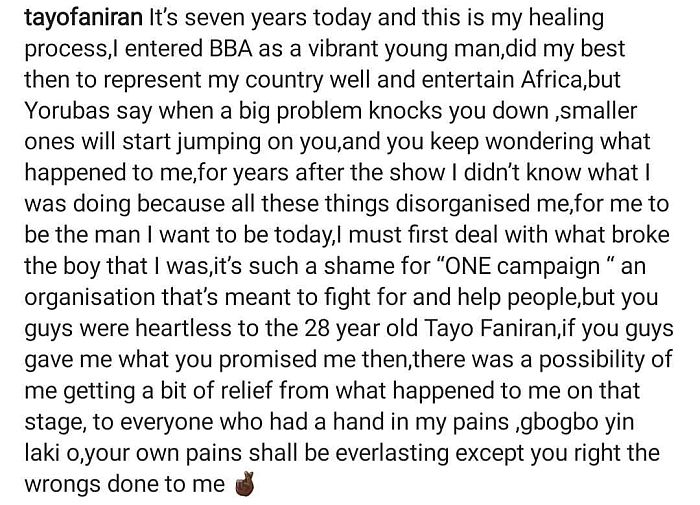