The fast-rising afro-fusion musician made this known on his official Twitter page, where he noted that his new name would be pronounced as ‘Benson’.

According to his announcement video on Thursday night, the name change became necessary after the singer was mistaken for another Jamaican singer known as Buju Banton.

“It’s no longer ‘Buju’. Call me ‘Benson’ written as ‘BNXN’,” the announcement read. 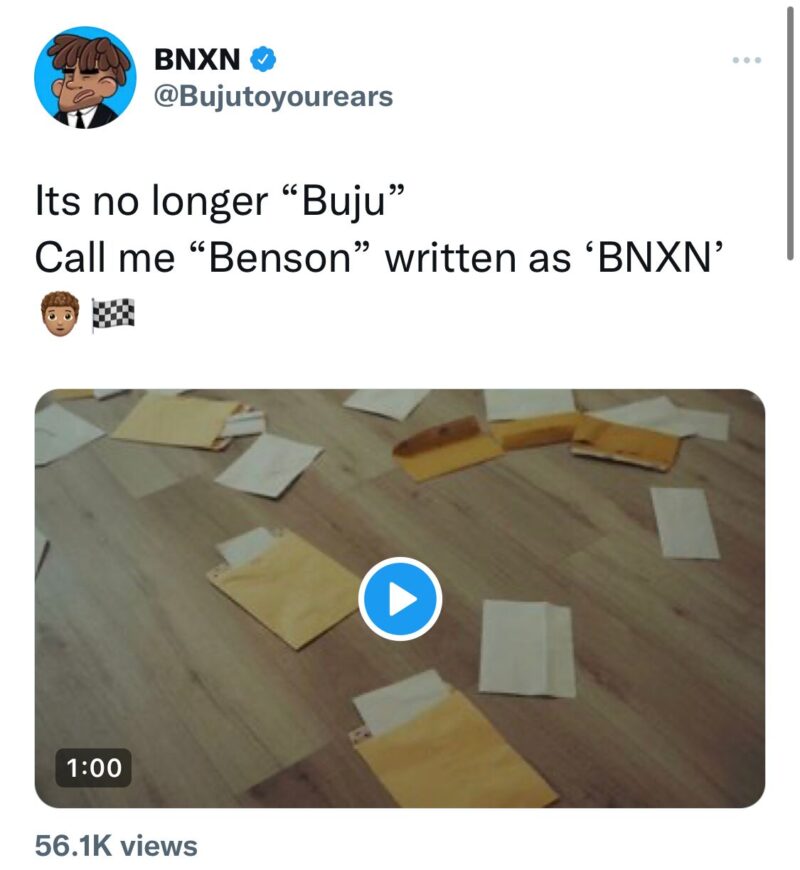 Also Important!!  I Have Caused People Pain In The Past, Burna Boy Says As he Reveals What He Would Do Next

Wizkid Suspended In The Air, Surrounded By Candles As He Makes Spectacular Entrance At O2 Concert In London

If I Was Ever In Your Presence, Appreciate It, It’s God’s Plan, It Ain’t Mine”-BBNaija’s Pere Says