Erica Nlewedim revealed that Ozo called her with a strange number and lied to her that she personally gave him her number.

Ozo claimed that Erica got drunk at the club and gave him the number herself. Erica said she was already blasting him on the phone when he revealed that it was a prank.

“I will deal with you @ozo_chukwu 😂😂😂 he called with a strange number to tell me he got my number at the club and I had taken alcohol so I gave him, I was already blasting him for the audacity to lie when he said it’s a prank!” 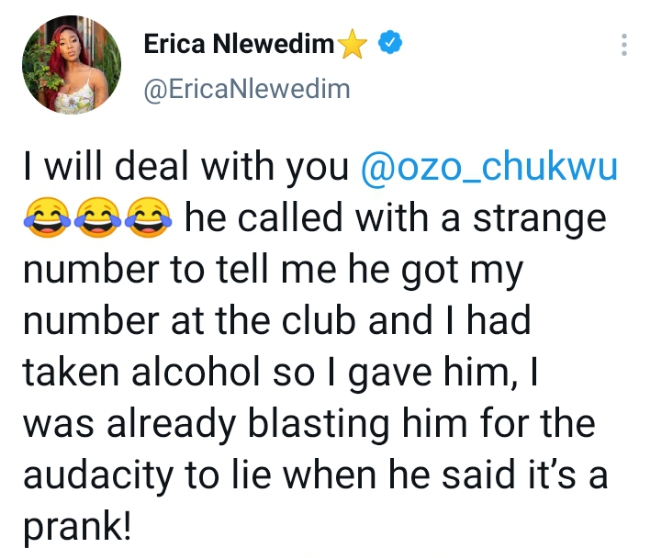 Also Important!!  Thank God For Where You Are, Some People Are Having It Worse” – Mayorkun