Taiwo stated this in an open letter he addressed to the reality TV star today, December 6.

According to him, Whitemoney shouldn’t ‘waste’ his BBNaija winnings on his music career.

This comes barely a week after the BBNaija star released his first single ‘Selense’ since he won the reality TV show. 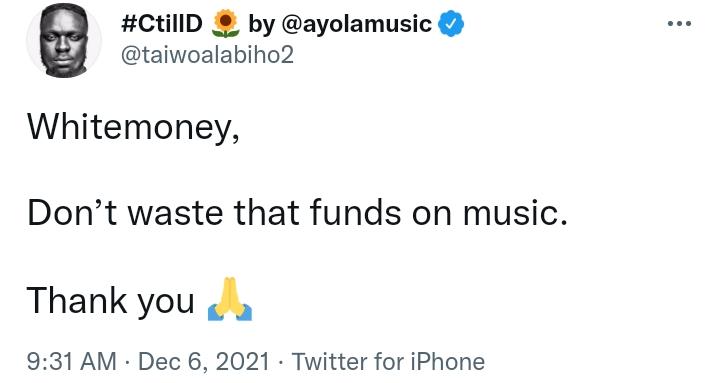 BBNaija: Nini And Saga Narrate How Queen Pleasured Herself In Pool