This comes after Korede Bello’s 2016 hit single, ‘Do like that,’ sold over 500k copies in the US thereby earning the exclusive RIAA certification dated September 20th, 2021.

Korede Bello released the song in 2016 to critical reception. Following the success of the song, he released a remix of the song featuring American Singer, Kelly Rowland in 2017. 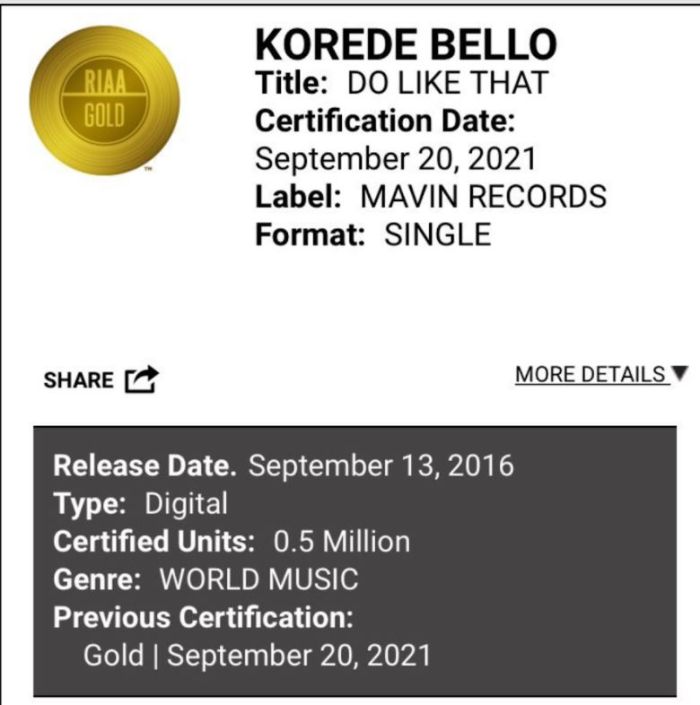 3 Nigerian Female Celebrities That Are Excessively Richer Than Their Husbands

We are good’ – Rema reconciles with Dj Neptune

No Human Intrigues Me More These Days”- Fireboy DML Cries Out