According to the Big Brother Naija star, if a woman uses love potion on him it won’t work.

Dasilva who featured in the Big Brother Naija season 3 show, took to the micro-blogging platform and stated that love potion doesn’t work on him for more than five minutes.

He also added that the love he has for that five minutes of pleasure is the love for food.

The reality tv star and Chief Executive Officer, (CEO) expressed his view about love potion in a controversial tweet.

I’m quite sure that love potion doesn’t work for more than 5 mins on me. The love I even have for 5 mins is the love for food. After I unbuckle my trouser I’m good”. 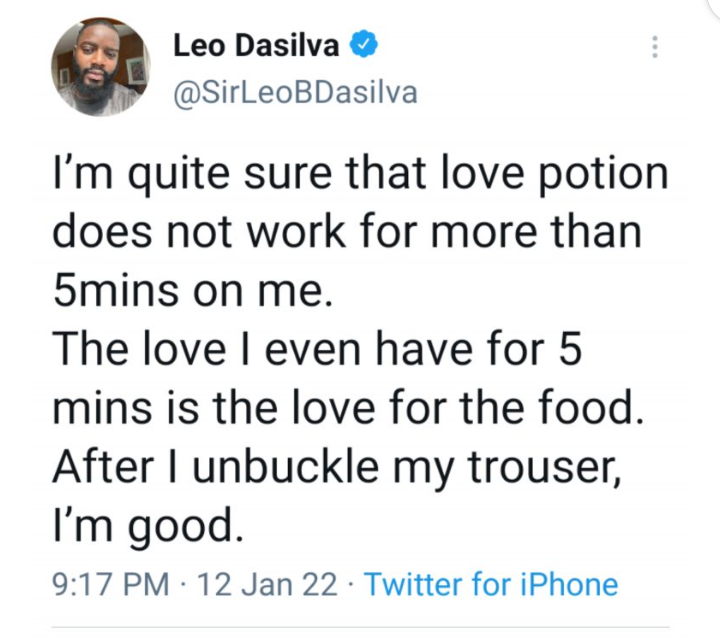 There was no attempt to kidnap me – Teni clarifies