On the 27th of March, the popular dancer/DJ called out D’Prince for blocking her after she refused to meet him at a hotel in Ikoyi. According to her, they have been discussing business on Instagram and were close to finalizing a deal when he invited her to a hotel for another meeting.
Nigerians wasted no time in commenting on the issue considering the way DJ DimpleNipple was raining curses on D’Prince via Instagram. Reacting to the call out, Ruger took to his Instagram account to blast DJ DimpleNipple.

According to Ruger, DJ DimpleNipple is just trying to get attention by using his Boss’s name. He revealed she’s has been doing ‘Hook Up’ for so long that even when his boss called her out for a serious meeting, she immediately assumed it is for Hook Up.

Ruger added that he will join forces with D’Prince to take legal actions that will teach her a very good lesson. 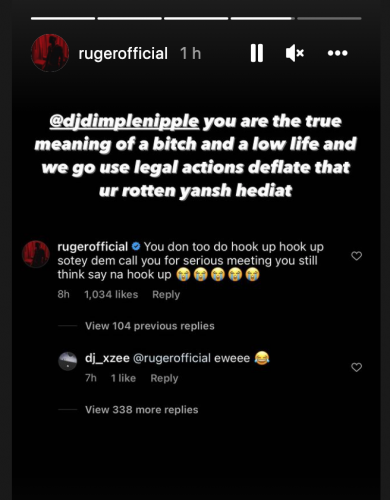 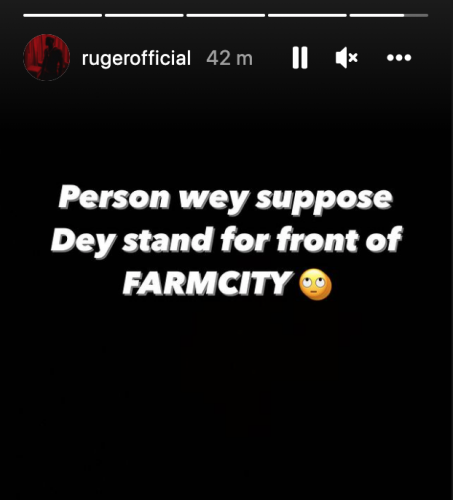 Sammie Okposo apologises for cheating on his wife, begs God for forgiveness