A troll had taken to the micro-blogging platform and stated that Skiibii would eventually snatch Davido’s third baby mama, Chioma Rowland from him.

The Twitter user identified as Yinka, stated that Skiibii will at last snatch Chioma Rowland from Davido.

In response to this, the singer stated the user is very stupid.

Recall that Davido and Chioma were planning their wedding, but they separated because of irreconcilable differences.

Also Important!!  BBNaija: I will never speak to Saskay again if I find out she’s fake – Cross

However the two love birds seems to be getting back together, as they are have been spotted together at outings more than twice. Also they now follow each other social media.

See their exchange below, 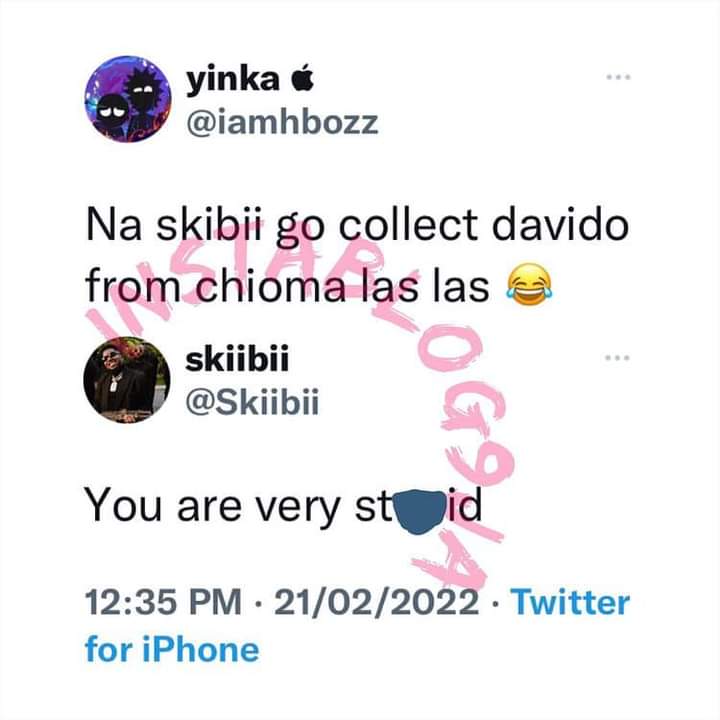 “I Had A Very Expensive December” – Davido Laments

Nini Replies A Troll Who Demands For Her Boyfriend’s Identity