During a live video on his Instagram page at the weekend, two ladies engaged him in a shouting match. One called the musician a “rapist”.

Speed recorded the video seen by Cookena, walking around the living room while arguing with the duo, both outside his apartment.

The actual location is yet to be ascertained but the artist who used to reside in America currently lives in Lagos.

Speed accused the women of embarrassing him and warned against extreme provocation. Shortly after, he headed to the kitchen and pulled a knife.

“I’m not a foreign person, I was born here (Nigeria). I grew up in Ojo. If I come outside, I’ll carry a weapon”, he told them.

“They continually invade my privacy, opening my window, opening my curtain”, the songwriter informed the audience.

“I’m alone, two people attacking me. If somebody put in my curtain and…(swings the knife), will I be wrong?”

One of the women replied that he was being confronted because “you passed your boundary”.

“Continue your live video, let them know you’re a rapist. You want to start messaging a 16-year-old girl, a house girl. Open this door, come out.”

The video is circulating on social media with respondents expressing concern about the mention of the artiste getting close to a teenager.

In several countries including Nigeria, persons younger than 18 years of age are considered minors.

Some have advised Speed Darlington’s accusers to make a formal complaint to the police for investigation.

Though his year of birth is not publicly known, the native of Arondizuogu in Ideato North Local Government Area of Imo State is believed to be around 40 years old. 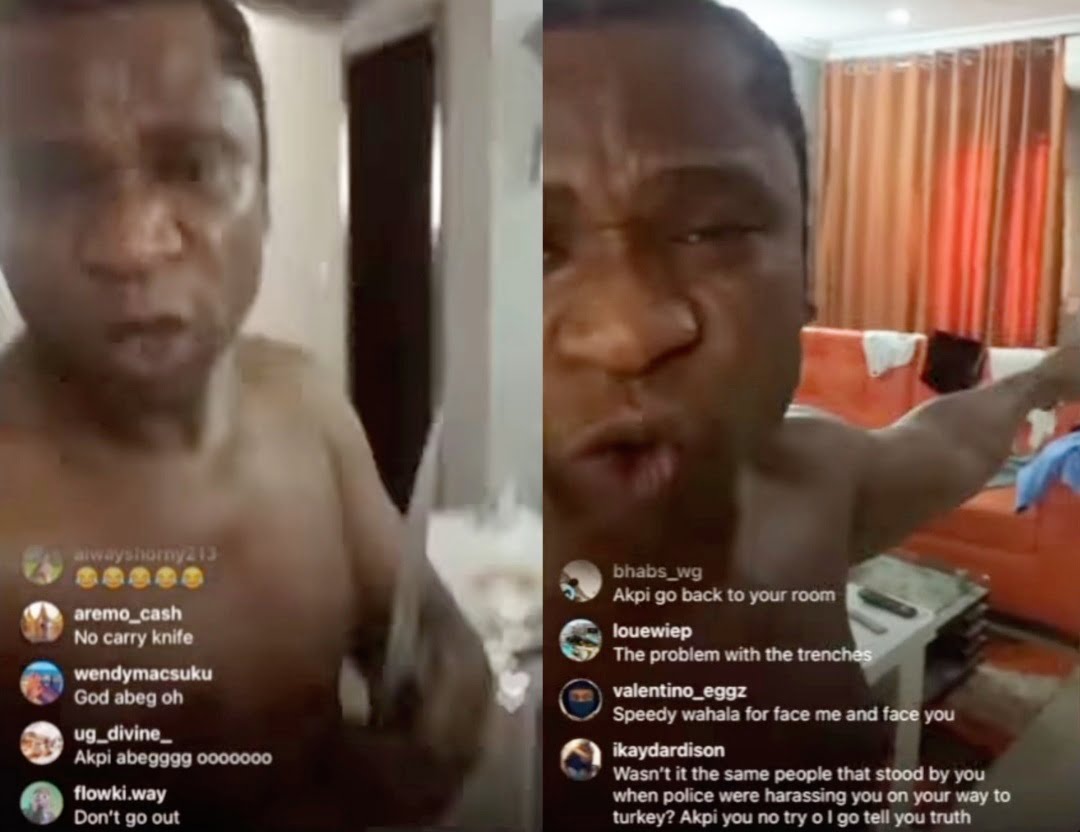 Will Wizkid Beat Angelique Kidjo And Femi Kuti To Win At The Grammy’s This Year?