Fans have been bugging Fireboy with questions about his third album after he announced that the album was loaded in his new single, ‘Peru’.

This morning, Fireboy DML took to Twitter to address the issue of his new album as well as address fans who have made it their duty to always ask questions about the album.

In his tweet, Fireboy wrote: “I love you but stop asking the album”, he added a black heart emoji to the post.

We hope his fans get the message and allow him to concentrate on the forthcoming project. 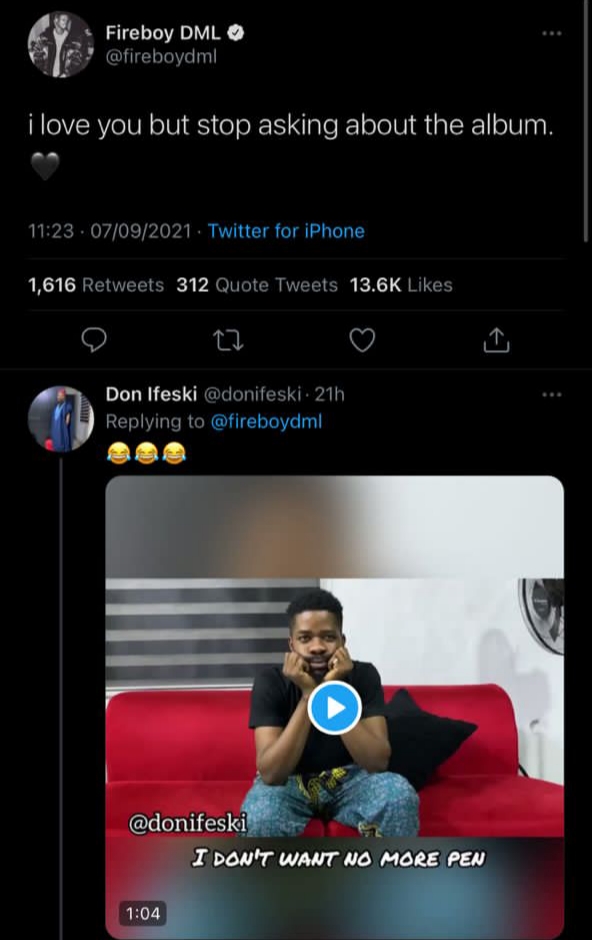 BBNaija: Tega narrates what happened with Boma under sheets