A Twitter user, @Daniel Regha told the musician to fix his relationship with his baby mama Chioma and marry her before the year ends.

Davido and Chioma had a very beautiful relationship before it all came crashing after she gave birth to Ifeanyi.

However, Regha said it is not too late for Davido to still make the right decision. 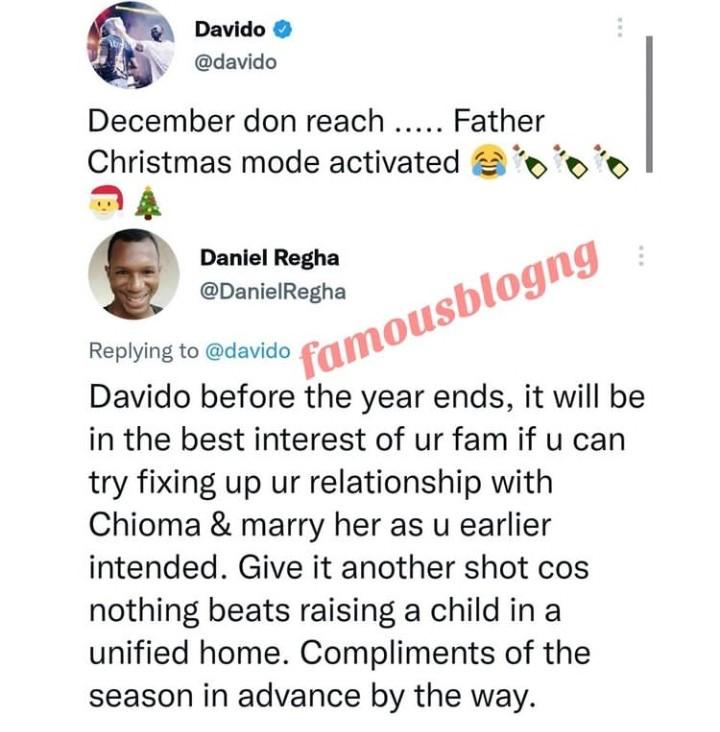 Also Important!!  XXXTENTACION’s Vice City Is Now Available On All Dsps For The First Time

Fans Calls Out Nengi Over Romantic Affairs With Davido

BBNaija: Saskay lied to me about Jay Paul – Cross

BBNaija: Nini’s management opens up on her ‘marriage’