Simi had taken to Twitter to express concern over a fake love showered at her baby girl by an air host during an encounter.

Also Important!!  Simi Reveals Why She Didn’t Release Her New Song ‘Woman’ Since She Recorded It 2 Years Ago 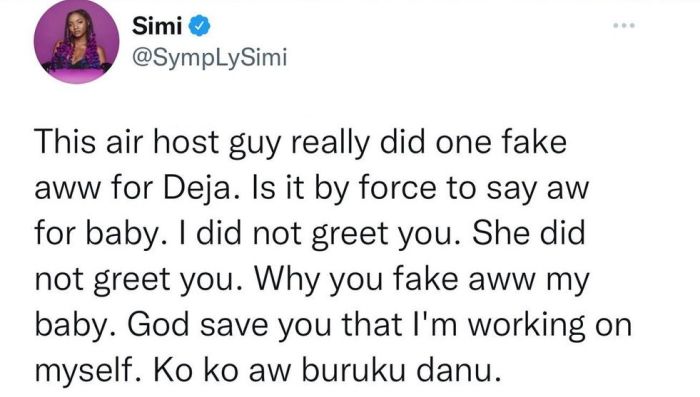 This however was followed by mixed reactions on the definition of a fake awww and how she could tell of its originality.

“How does she know the awww was fake? Either ways the hair host was just trying to be nice and welcoming it’s part of his job,”

A user wrote in reaction.

See screenshots of the reactions below:- 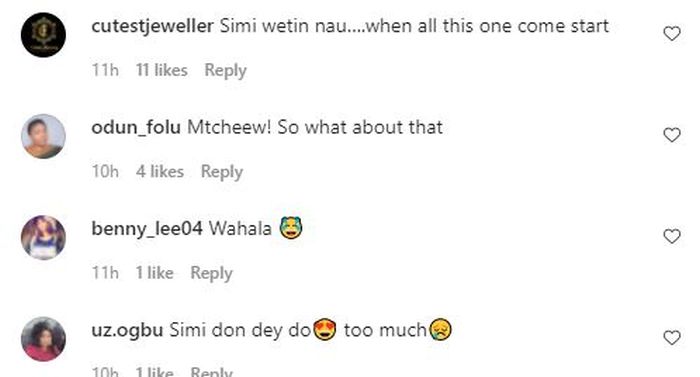 Also Important!!  “Raising A Child Takes A Ridiculous Amount Of Patience” – Simi Opens Up On Parenting

BBNaija: How housemates reacted to Angel, Pere’s return to the house

BBNaija: Saga breaks down in tears over Nini’s disappearance