In a post shared on his Twitter page, the rapper said he was an engineering student, who kept wondering what he was doing with his life.

He said that when others were getting As and having a bright-looking future, he was dropping mixtapes and hoping it would get promoted by recognized music platforms.

Blaqbonez added that he was grateful the music thing eventually worked out because if he didn’t, he has no idea who would have been taking care of his mother.

Also Important!!  I Want To Live And Die On Stage As Money No Longer Satisfies Me – Burna Boy

Read his tweets below:- 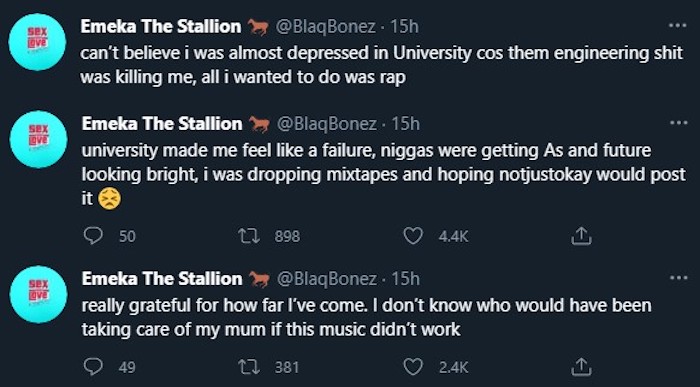 Phyno, Olamide, Others Set To Shut Down Lagos On December 28

BBNaija’s Maria Called Out For Allegedly Dating A Married Man