Wizkid created history when he sold out the O2 Arena in 12 minutes for his Made In Lagos album tour, and it appears Burna Boy will do the same for his gig tomorrow.

The singer applauding Burna Boy ahead of his gig tomorrow claims that the both of them are treating the O2 Arena as if it were home.

Also Important!!  It Took Me Three Years To Work On “Made In Lagos” Album — Wizkid Opens Up

Big Wiz also stated that Burna deserves everything and more, also expressing his love and genuine happiness for the Odogwu.

Burna is set to set perform tomorrow while Starboy would be holding a two-day concert at the arena also in the month of November. The first day being 28th sold out in a record-breaking 12 minutes. 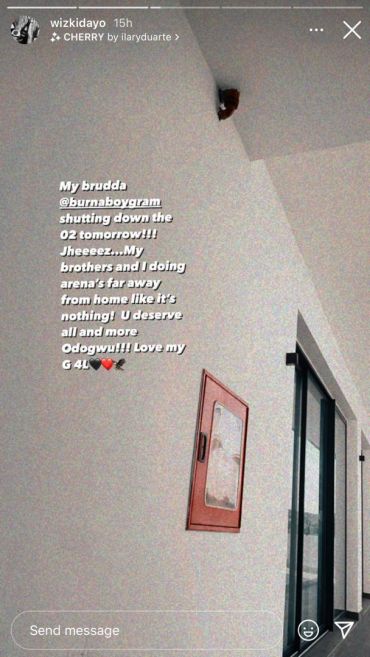 Rapper Yung6ix Reveals What Turns Him On In A Woman