Wizkid revealed in an Instagram post that he has begun work on his next album and is halfway through it.

The musician also requested his devoted followers to wish him luck as he finishes the project. 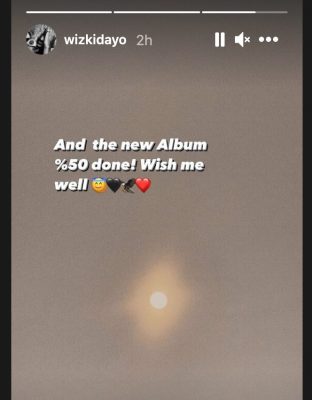 Wizkid did not reveal the album’s title, songs, or artists he plans to include.

Also Important!!  Why I am ‘Beefing’ Wizkid – Basketmouth Explains

He also didn’t indicate when the album would be released, but going by his usual way, it might be next year #2022.

That Age Is So Sensitive, They Need You” – Simi Advises Parents Against Keeping Their Children In Boarding Schools

Rick Ross Recently Got His Driver’s License At Age 45